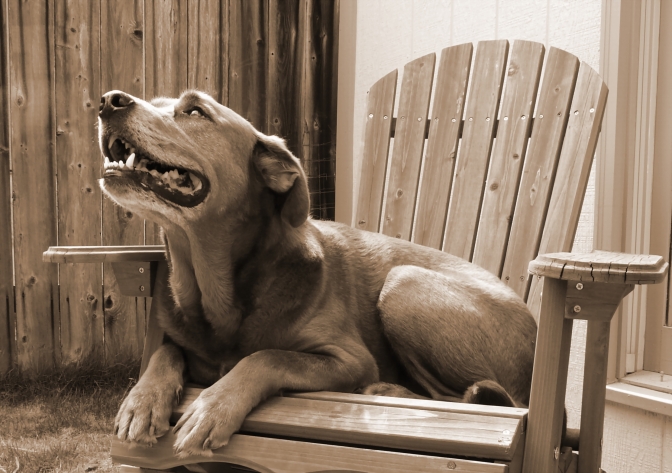 This fine gentleman is Aubie. Heinz 57, lab mix. Born in 2002, don’t know when for sure, he was found by a military couple when he was about 8 weeks old—along with his sister and brother. We adopted him from the paper.

* Edit: Aubie lived a long, healthy life, and he was so very, very loved. We said goodbye to him on September 1st, 2016. He passed away in his sleep from natural causes. He was 14 years old, and we miss him every single day.

This lovely lady (the dog, not me) is Aura Belle. She’s a gorgeous German Shepard. Lucky me, Matthew was her human, so I was adopted by her when I married him. And yes, she adopted me, not the other way around. She’s sweet and though she’s getting up there in years as well (as of 2017, this picture is six years old), she’s a source of calming energy to have around the house. She misses Aubie, and isn’t thrilled about the kids. I’ll say this though … she’s recently discovered that my youngest, Julian, is a walking buffet and that shows promise. So maybe an old dog can learn new tricks.